Looking for PTSD treatment in Albany? Post-Traumatic Stress Disorder, or PTSD, is best known for affecting veterans, police officers, and firefighters, but millions of others who have experienced or witnessed traumatic events suffer from PTSD as well. Left untreated, PTSD can lead to intrusive recurring memories, avoidance, hopelessness, detachment from family and friends, severe depression and anxiety, and even suicidal thoughts and actions.

Multiple studies conducted in some of the nation’s finest institutions like New York’s Mt. Sinai Hospital and Yale University have concluded that “Ketamine Infusion was associated with a significant and rapid reduction of PTSD symptom severity”. Over the past 7 years at NY Ketamine Infusions, we’ve helped hundreds of patients learn how to overcome past trauma and begin life anew with renewed confidence with our PTSD treatment in Albany. Post-Traumatic Stress Disorder has recently been recognized as a major health-related issue and the unfortunate cause of the increased suicide rate among our military and those suffering from childhood trauma. If you’re a veteran, a firefighter, or a member of the police force, or anyone suffering from childhood trauma, we’re here for you. Please ask us how we can help.

Your free phone consultation will be with an experienced member of our staff who is familiar with Ketamine Infusion Therapy.

Trauma affects everyone differently. While some people are able to move forward without looking back at a tragic event in their lives, others may find themselves reliving it over and over again. Post-Traumatic Stress Disorder is a mental health condition that can happen at any time. While military veterans are often associated with having this condition, it is important to understand that even children can develop PTSD symptoms after experiencing trauma. Being able to recognize when a past experience is affecting your current mental health is the first step towards finding out how treatment for PTSD with Ketamine Infusions helps you manage your symptoms.

The primary cause of this condition is some type of traumatic event that triggers changes in the brain that alter how it functions. As with most mental health conditions, researchers are still trying to figure out exactly why some people develop post-traumatic stress disorder after they experience a trauma. However, changes have been found in the parts of the brain that are associated with memory and emotional regulation such as the prefrontal cortex and amygdala. People with this disorder also tend to have higher levels of the stress hormones cortisol and norepinephrine. Essentially, your brain can suddenly trigger the fight-or-flight response if it senses anything that reminds it of the traumatic event.

Combat exposure is one of the most commonly known types of traumatic events that a person can experience. However, you also need to know that mental health professionals consider the following situations to be capable of causing a person to develop this condition:

You should also be aware that events such as fires, natural disasters or plane crashes can all be the underlying cause of someone developing this condition. First responders also tend to experience PTSD symptoms long after they help someone recover from a life-threatening emergency. This is especially common if you help with an accident or medical emergency, and if you have never received prior training.

What are Common Triggers for the Symptoms?

Before using Ketamine Infusions to treat PTSD, people experience extreme responses to common experiences in their environment that remind them of the trauma. For example, you may hear a car backfire and instantly begin to relive your experience with gunfire. Alternatively, a person may drive past the location of where they had a car accident and begin to remember the vivid details of the scene. For people who have lost a loved one, a trigger could be as simple as hearing a news story about the health condition that led to the death. A hint of perfume, a certain food and even the sound of a baby crying can all be triggers for your PTSD symptoms depending upon what caused your condition.

Since most of the triggers for this condition are things that happen every day, it makes it impossible to control your response. This is why it is essential to seek treatment for PTSD with Ketamine Infusions when you notice that you are struggling with managing your reactions to common triggers.

What Are the Typical PTSD Symptoms?

The effects of this mental health disorder involve a wide range of symptoms. One of the most common symptoms that people experience is disruptive flashbacks. These may involve visual hallucinations of the situation that occurred. Daydreaming about the trauma is common. You may also have nightmares that wake you up at night. People who have flashbacks describe them as being so vivid that they feel like they are actually back in the moment that caused their trauma.

Avoidance is another symptom. You may try to avoid going past a place that triggers your PTSD symptoms. If someone reminds you of a trauma, such as a police officer, then you may go out of your way to avoid them. You may also refuse to talk to other people about the painful experience that you went through, and this can severely block your pathway toward healing.

You may also experience these symptoms of PTSD:

How Does Ketamine Help Treat PTSD?

One of the areas of the brain that is affected by PTSD is the cerebral cortex. This part of the brain is partly responsible for the thought processes that occur during and after a trauma. The current understanding is that certain synapses within the brain fail to function properly during and after a traumatic event. These neurotransmitters then begin to misfire later on in life. Using Ketamine to treat PTSD stimulates the brain to release glutamate, which is a hormone that is associated with regrowth and regeneration within these critical neural synapses.

Ketamine Treatment for PTSD has been shown to reduce the rates of suicide for people who struggle with this condition. It is also particularly effective for treatment war combat veterans who tend to have some of the most extreme PTSD symptoms to treat. Those with co-existing conditions, such as depression, also find relief from those symptoms. This allows many people to use a single type of treatment instead of a cocktail of medications. 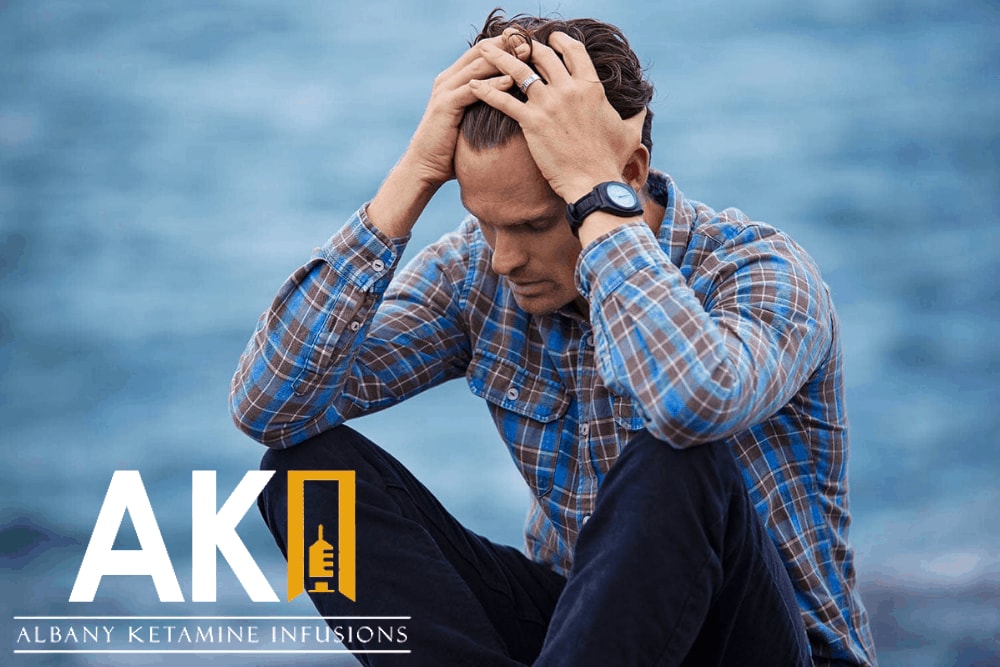 What are the Complications of Post-Traumatic Stress?

Untreated Post-Traumatic Stress Disorder often leads to people developing anxiety disorders and depression. In severe cases, a person may even begin to start thinking about suicide as a way to escape from their symptoms. If the PTSD symptoms are severe, then a person may be unable to function in a normal environment. Avoidance and other symptoms may make a person stop going to work, driving or even being able to sleep at night. Over time, this severely affects a person’s quality of life.

Can This Disorder Start-Up Years Later?

PTSD symptoms often start shortly after the triggering event. However, it is possible for a person to go many years without having a problem until something in their life triggers their brain’s responses. This commonly occurs with childhood abuse where a person may have blocked out painful events from their earliest years in life. Becoming a new parent may bring back these memories as can suffering from a similar type of experience such as sexual assault as an adult. If these symptoms begin to show up long after the traumatic event, it is important to take them seriously since they represent a need for professional treatment.

How Do You Know If You Need Treatment?

You need to seek treatment for post-traumatic stress disorder at the first sign that you are struggling with coping with a tragic event. This type of mental health disorder is challenging to treat, but getting help as soon as possible helps to reduce the effects that trauma has on your brain. Anyone who finds that their symptoms get in the way of living a normal lifestyle that feels safe and comfortable needs to reach out to find out if they need treatment for PTSD with Ketamine Infusions.

Reliving a tragic event turns your life upside down. Your symptoms may interfere with your relationships, and you may struggle with normal parts of your day such as going to work. When PTSD is interfering with your ability to make progress in your life, it is time to seek a professional’s guidance to identify a treatment that helps you heal.

PTSD Treatment in Albany is Available. We can help.

If you are interested in learning more about Ketamine infusions for PTSD Treatment in Albany, NY. Contact Albany Ketamine Clinic at (518) 249-5700 to schedule a consultation.